So I went to Group Power this morning and it kicked my ass.  Whipping muscles back into shape that haven’t been used for a few weeks is not fun or easy.  I have to say though, after class and a hot shower I had more energy than I’ve had in almost a month.  That’s the best part of exercising is the long-lasting rush.  Who needs drugs?
I completed decorating my first cake last night (well not really as I’ve decorated many cakes before, but this was my first in the Wilton style).  I sucked, kind of.  My colors didn’t come out exactly the shades that I’d hoped for, although they didn’t look bad.  And I frosted the cake itself with too stiff a consistency so I got a lot of crumbs on the surface.  Lesson learned though so it was not a loss.  I made a round, white 10″ cake with a four-stripe rainbow with clouds at either end and I wrote “happy day” on it.  Chris had promised to take the cakes in to work with him since neither of us eat cake, but he’s home for the entire week now with his cold & back hurt, so I brought it into my office today.  I got yelled at a few times already, but they were yelling with their mouths full.  Next week’s lesson is supposed to be a clown cake (a round cake with 3-D clowns on it) but the whole clown idea freaks out most of our class, so we are making animal cakes (like teddy bears or something).
Cake decorating is cool, but doing so with numerous different colors of icing and no running hot water is not.  We have to clean out the decorating tips with toothpicks and cold, wet rags.  It leaves plenty of room for some good laughs though.  We can have war stories when we graduate.  There’s going to be another class offered in a couple of weeks on gum paste & fondant techniques.  Hopefully I’ll be able to take it.  It’s a $30 fee for this class, but it’s being offered at 50% off, and we’ll get $5 off coupons from this class that I’m in now so I can get in for $10.  Plus, because I bought the pimpin’ tool kit, I already have most of what will be needed for that class.  I love that. 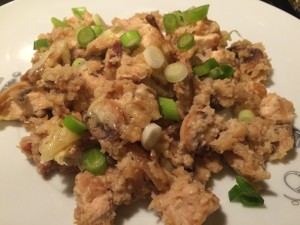