Our trip to Boston

We had a very long and interesting day, Tuesday. We drove out to Riverside and parked the truck. We bought Charlie tickets for the trip in as well as for the return so that we wouldn’t have to do that twice. We hopped on the inbound train to begin our journey. Said inbound train broke down at the 4th of 16 stops before our intended destination. We decided that rather than wait around with a bunch of pissed off people for the next train to come and get us, where we’d likely not have seats this time, we’d walk. When we were down on Boston University campus we spotted an Irish pub and decided to stop in for a pint. We each had a Blue Moon and chatted with the one other patron and the bar tender for an hour or so, got some directions for the most scenic walk possible from there to Government Center, peed, and were on our way. The path was now laid out, we’d pop over to Newbury Street and follow that down for about 13 blocks to the Public Gardens, then pick up Tremont and eventually end up at GC.
About half way down those 13 blocks we had to pee real bad plus we were hungry so we stopped in at Joe’s All American Bar & Grill. This is a split-level establishment where the upstairs is white linens, beautiful water goblets, leather easy chairs. The downstairs features small tables with checkered vinyl tablecloths and a different atmosphere. They also had patio dining available, but being as warm as it was we opted for indoors and were seated upstairs. To start with we each ordered a big water and a drink, Chris had an almond joy and I a peach bellini. For lunch he got a cheeseburger (which he nicely informed our server that he’d like cooked well done without the outside being charred and crunchy) and I got a honey marinated grilled chicken sandwich. Our server even brought us out a half loaf of their peasant bread. It was heavenly. Chris even ate it and he typically does not care for that type of fare, but he did and dipped every chunk into the butter that she brought with it. Poor girl even tried to tempt us with key lime pie. As if. We paid our bill and begin walking again. 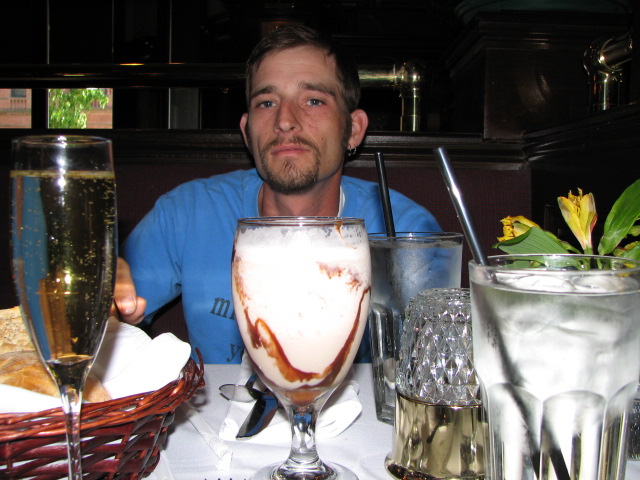 Newbury Street must be like heaven for someone with a serious shopping problem. All of the big-names are there Vera Wang, Giorgio Armani, and Ann Taylor, to name a few. We didn’t stop into any of the boutiques, although one or two kitchen shops were tempting.
At the bottom of the street we intersected with the Public Gardens. What a beautiful sight. Everything was bright green and the flowers were in full bloom. I cannot imagine this park being less than spectacular at any time of year. Fall must bring a completely different suite of colors, but none less beautiful. I also saw pictures in a shop of the park in winter and that was awesome too. So we made our way across the gardens and the common and on to the business district and Beacon Hill. 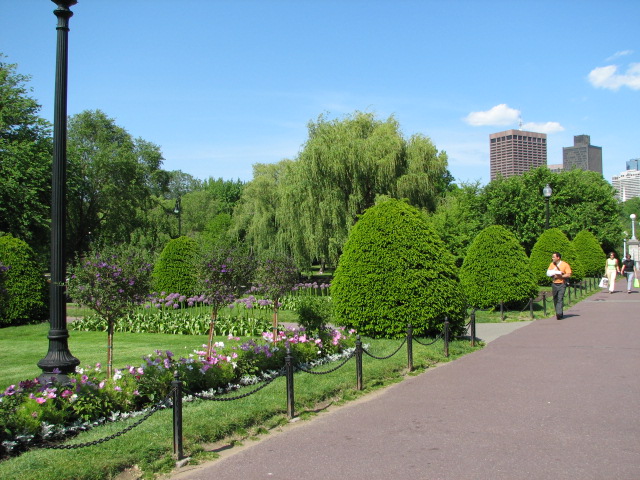 Once at Beacon Hill we decided to stop in at the oldest cemetery in Boston, King’s Chapel. They had some really neat looking grave stones here. The stones told some pretty neat stories too. 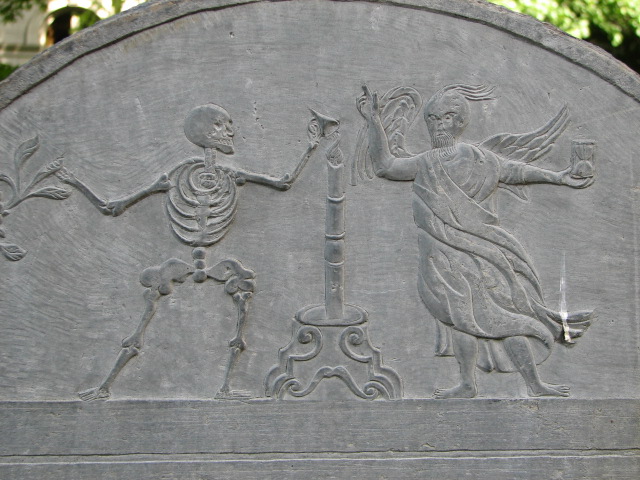 A little farther down the hill we found Faneuil Hall and Quincy Market and several street performers. We stopped and watched four guys who were dancing and doing lots of gymnastics. They were pretty good. The next performance that we saw was a couple of dudes juggling (very well) and doing some crazy standing on their hands for long periods of time, etc.
Our next mission was to find Cheers. Chris really wanted to see it. We thought that we were there in Quincy Market, but that was just a replica of the original set with lots of tourist crap for sale. We found out where the original bar was and headed there since it was on our way back towards Fenway. We stopped in and had another Blue Moon. It was nothing impressive, fairly small and reeked of fried food. Time to start walking again. We walked all the way up Beacon Street until we got to the area where we’d find the ball park. 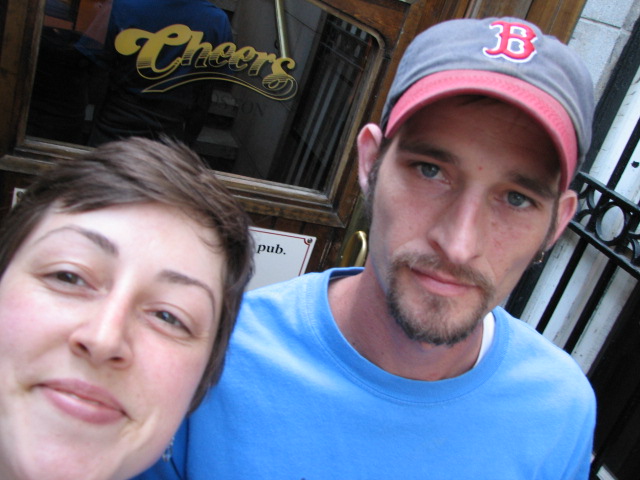 Once in we grabbed a beer each and were off to find our seats. The seats themselves weren’t too bad as we could see everything fairly well, it’s the people that sucked. I can’t even say how many plays we missed seeing because 20 people at a time would decide to leave their seats and just stand in the aisle trying to get up the stairs. I think that next time I would certainly get up closer so that there is less opportunity for folks to stand in front of us. The game was good though, and the Red Sox won which was cool. 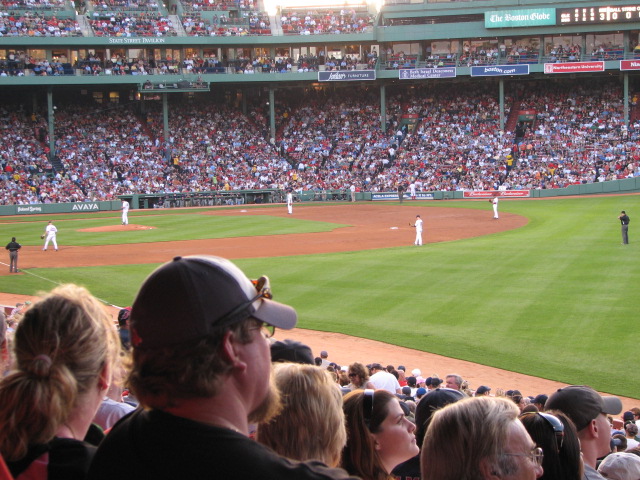 Afterwards we were hungry so we stopped in at Uno’s because they had a kitchen that was open until 12:30. It was loud and packed and the service wasn’t great, but we ate, got directions to the nearest T station and were on our way again.
We hopped on the train and, once again a fascinated Chris began looking over all of the stops and counting how many we would be at before ours. That’s when he realized that we had gotten on the wrong train. We needed a D train to get back out to Riverside, and we had gotten on a C and taken it down four stops already. We got off, but this was just a stop, not a station so we didn’t quite know how to catch a train to get back to where we came from. So, we started walking. We walked about a mile or more back to the station, bought new tickets (as we had now used our return fare on a trip to nowhere), and hopped on the correct train. I think that we got back to the truck at 12:50 and back home at 2:30. I even had to pull over just before Palmer because I was so tired, and we switched so that Chris could drive.
I dropped into bed as soon as we got home and slept like a rock all night long.
The full suite of pics is here.
J

The electrician is coming 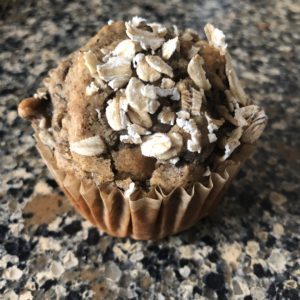